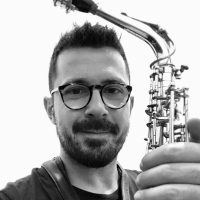 A Valencian musician from Vall d’Uixó (Castellón). He began his musical studies at the age of seven at the CIAC, Centro Instructivo de Arte y Cultura, a band and music school in the same town. At the age of nine he began his studies at the Professional Conservatory of Music Francesc Peñarroja in Vall d’Uixó. In 2007, he finished his Professional Degree at the Professional Conservatory Mestre Tàrrega in Castellón with a Professor Jesús Orón García. In the same year he was admitted to the Higher School of Music of Catalonia (ESMuC) where he got a degree in Musical Pedagogy with the specialty of Saxophone in 2012, receiving classes from Nacho Gascón.

Within his artistic activity it is worth highlighting his participation in the UJI Big Band (Jaume I Universty of Castellón) under the direction of Ramón Cardo, the Band of the Federation of Musical Societies of the Valencian Community (BFSMCV), the Symphony Band of the Aragonese Institute of Youth (BASIAJ), the Barcelona Symphony Orchestra and the National Orchestra of Catalonia (OBC) and the Gran Teatre del Liceu Orchestra of Barcelona. On the other hand, in 2012, he premiered the play The Third Guest as a musician and composer within the El Balcón de la Espera theater company and in 2013 The Paper Flower in the Sala Beckett of Barcelona. In 2018 he participated in the recording of Moments of the Past, the singer-songwriter JJ Dominguez’s first album.

Currently he is a saxophone professor at the Municipal School of Music of Viladecavalls (Barcelona), a music professor at Virgen del Carmen School of Santa Coloma de Gramanet (Barcelona) and a musician of the theater company Viu el Teatre of Barcelona, touring nationally and internationally. 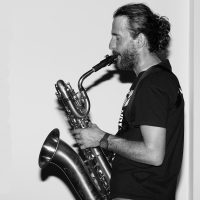 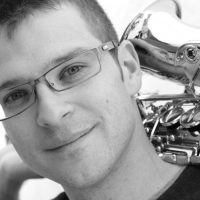 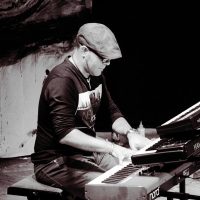